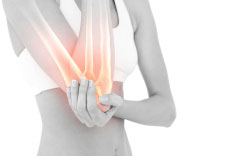 This last week has seen the celebration of the lives of 2 great rugby geniuses, Jonah Lomu who, I have to confess, heightened my interest in the game of rugby. He changed rugby forever, in my eyes anyway. He changed the game from thuggery to thrilling in a matter of moments. Of course his success was also due to the foresight of the rugby administrators picking him out and looking after him. That though, is another story which will be told by others for many years to come.

The other celebration of rugby this last week was the retirement of Richie McCaw. Once again he shows us all, his class. The world is full of ‘World’ leaders and not one can show us that class of leadership. They all belong to someone, only the odd one or 2 stands head and shoulders above others. In this Richie is not just a leader he is a world class leader and they are almost a non-existent breed in our money obsessed greedy world in which we all struggle with for personal survival.

While honouring these 2 great ambassadors for the game of rugby, give a thought for what this throws up. Jonah died suddenly of a heart condition, so we are told, aged 40 and November 11, Laurent Vidal, Andrea Hewitt's fiancé and coach, dies suddenly in his sleep aged 31. We expect our top sports people to be getting the best dietary advice and it seems that doesn’t always work. The common thread amongst these 3 men has been their commitment to maintaining great physical shape. And avoiding rheumatoid arthritis is about us maintaining good physical shape over our whole life.

When Dr Leonard Hayflick tested human cells in the 1960’s he determined the average healthy life of a human cell should be 125 years. Having our joints fail early in life must suggest we are doing something very wrong to ourselves. And these early deaths have to make us wonder. These world class athletes and humans, people we need as leaders, miss out on so many years of life that they were due for.

As we have just lost 2 real leaders, I trust Richie McCaw returns to other and more important battles in the future, he is world class and we need people such as him in the front line for a long time to come.

Another of the dominant matters many of us have to face as we age is rheumatoid arthritis and that is caused by another tough, unyielding, fit, crafty and deadly other life form. A bacteria, in this case, the porphyromonas gingivalis bacteria. This bacteria causes the inflammatory condition, rheumatoid arthritis, and that begins with, what we know as, gingivitis. Researchers from Halle-Wittenberg of Germany's Martin-Luther University (MLU) concluded:
"DNA of periodontopathogens can be found in synovial fluid and oral bacteria may play a role in the pathogenesis of arthritis.”

The synovial fluid is the shock absorbing fluid that over time decreases in the nutrient density needed due to our ageing or slowing down processes as do the chondrocyte cells also, therefore as time passes we become less agile. The secret is for us to maintain full movement of the body. Walking or running over uneven ground and over and under obstacles is wonderful for all our joints. Playing sport where we move and twist the body and doing Tai Chi and yoga are also vital for joint health. This keeps the chondrocyte cells flexing and moving the synovial fluid in and out feeding these spongy cells. This ensures we constantly clear, clean and refill these cells with nutrients the synovial fluid has to provide. Therefore we also must have a diet that provides the basic nutrients the synovial fluid needs to carry out this task.

The porphyromonas gingivalis bacteria remains in the body once it has become established and then is difficult to dislodge. Once we have had gingivitis the bacteria once beaten back, lies dormant waiting in the body for a chance to come out and attack. Its cue to act is when we remain in a sedentary position often for long hours, particularly sitting doing nothing such as watching TV or working at the computer. Stress also elevates its activity.

The secret to allowing our body to heal itself when joint pain caused by inflammation occurs, is for us to ensure the health of these regions of the body; our joints. Firstly there must be regular if not constant movement and as little time spent sitting as is possible. The most dangerous of the sitting postures is when under tension. Working on the computer, watching full length movies and other such passive past-times.

Then there is nutrition. We must feed the synovial fluid. To do so causes the chondrocyte cells to want to release the causes of the inflammation, overcoming the bacteria and the debris from the inflammation, sending both into the body’s intercellular fluids. There it is attacked by the immune system and deposed of through the body’s waste cycle. As we age we require to increase the bodies nutritional and movement need, yet the tendency is for us to do the exact opposite. To do the exact opposite is committing suicide. Our body finds someway of relieving the pain through such mechanism as stroke, heart failure, and cancer etc. 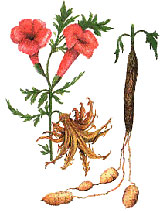 What foods nourish the synovial fluid? Top of the list is Devils Claw. Other foods are green tea, turmeric, garlic (the bodies and natures natural antibiotic. It also works on all animals and plants) These are powerful antioxidants and our need for them tells us we haven’t over earlier years consumed enough antioxidants, and now we pay the price. The price in money and in having devalued our health and life and often the life of those closest to us. We will have passed on poor nutritional guidance to the rest of our family through our diet being deficient over the years and this teaches the others in our family our poor nutritional habits.

Inheriting rheumatoid arthritis is more pathetic than it is genetic. Then having to find a good source of quality aptly named Devils Claw is not easy. (There are a number of common weeds in New Zealand that are considered the equal of Devils Claw.)

Taking drugs to relieve the pain of rheumatoid arthritis is to completely ignore the causes. Taking drugs will increase the severity of the condition and increasingly shorten a life, guaranteeing and early death. That death will be certified as another cause, but that cause will have been brought about by the increasing severity of the rheumatoid arthritis nutritional deficit conditions which was depleting the body through continuing the poor nutritional habits. It is unwise allowing the condition to continue to develop under the fog of the relief the dulling action of the drugs that are used to treat the symptoms. This escalates the causes, rather than facing and addressing them. The causes being a combination of physical laziness and a poor diet over many years. And we pass these poor personal habits on to our offspring who then inherit a shortened life unless they mend their ways. It is time also that we are told the truth about these conditions. Then we are all able to take control of our health instead of just being treated with toxic medical chemicals that seldom if ever achieve the desired outcomes.

Hello Web Admin, I noticed that your On-Page SEO is is missing a few factors, for one you do not use all three H tags in your post, also I notice that you are not using bold or italics properly in your SEO optimization. On-Page SEO means more now than ever since the new Google update: Panda. No longer are backlinks and simply pinging or sending out a RSS feed the key to getting Google PageRank or Alexa Rankings, You now NEED On-Page SEO. So what is good On-Page SEO?First your keyword must appear in the title.Then it must appear in the URL.You have to optimize your keyword and make sure that it has a nice keyword density of 3-5% in your article with relevant LSI (Latent Semantic Indexing). Then you should spread all H1,H2,H3 tags in your article.Your Keyword should appear in your first paragraph and in the last sentence of the page. You should have relevant usage of Bold and italics of your keyword.There should be one internal link to a page on your blog and you should have one image with an alt tag that has your keyword....wait there's even more Now what if i told you there was a simple Wordpress plugin that does all the On-Page SEO, and automatically for you? That's right AUTOMATICALLY, just watch this 4minute video for more information at. Seo Plugin
seo http://www.SEORankingLinks.com/ 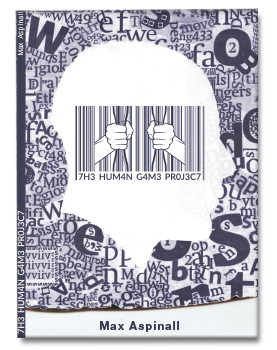